Warning: "continue" targeting switch is equivalent to "break". Did you mean to use "continue 2"? in /homepages/10/d620167924/htdocs/clickandbuilds/LearnSpanishinCostaRicaForesterSpanishLanguageSchool/wp-content/themes/Divi/includes/builder/functions.php on line 5684
 Who are the Institute's students? - Forester Instituto Internacional

Who are the Institute’s students?

WHO ARE THE INSTITUTE’S STUDENTS? 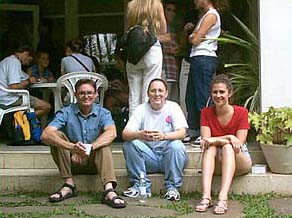 Participants come mainly from the United States, Canada and Europe. They include:

Students have different language backgrounds. Some have never been exposed to Spanish before. Others have studied Spanish, or have lived in Spanish speaking coundivies. A few speak the language fairly well.

Some participants have a fair knowledge of Spanish grammar and vocabulary, but cannot speak or understand a native speaker in normal speech. Others, relatively fluent, never had the opportunity of formal language divaining, and would like to correct their pronunciation, improve their use of verb tenses and enhance their style.